Works Well With Others 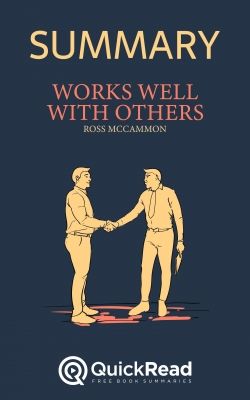 Learn how to shake hands, shut up, and other crucial skills in business that no one ever teaches you. Remember that feeling you got on the first day of a new job? Or even that feeling during an interview? You feel awkward, anxious, and you may even feel a little out of place...like an outsider. Author Ross McCammon experienced this feeling when he unexpectedly transitioned from working at an in-flight magazine in Dallas, Texas to a dream job at Esquire in New York City. Unaware of big-business norms, the transition proved to be anxiety-inducing and full of awkward encounters. Eventually, he learned that everyone feels ill-equipped at some point in their career and learned how to navigate his new workplace. Today, he shares his advice on everything, including how to make a good impression at an interview and how to handle small talk in everyday social settings. Through McCammon’s advice, you can learn how to tackle potentially awkward and scary situations with confidence and make a lasting impression.
Read more
--:--
--:--
Download our free app:
Download the book summary:
Download MP3
Download PDF