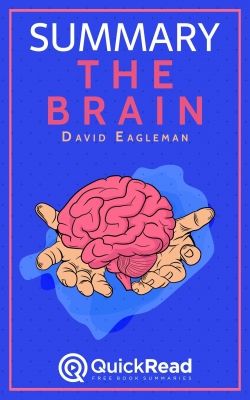 The Brain (2015) unlocks the key concepts of critical neurological research in language that makes it accessible for the average reader to discover what’s really going on in their heads. Employing elements of neuroscience, psychology, and philosophy, David Eagleman seeks to address the questions that have puzzled philosophers since the onset of human existence. Tackling such questions as whether or not reality exists and what a personality is, The Brain takes you on an intellectual journey that is equal parts fascinating and disturbing.
--:--
--:--
Download our free app:
Download the book summary:
Download MP3
Download PDF

"The Brain" Summary
Font resize:
Summary by Alyssa Burnette. Audiobook narrated by Blake Farha
Introduction
When you think about it, we can’t really get away from our brains. As much as you might like to escape it sometimes, your brain is always there, serving as an internal monologue, regulating your thoughts, choices, and emotions, and aligning all the factors that make you “you.” But have you ever wondered what makes your brain tick? And- perhaps more frighteningly- have you ever wondered whether or not your personality really exists? That’s where this book comes in. By applying neurological research to these questions, Eagleman has generated a series of fascinating answers that will take you on a comprehensive tour of your brain. Through the course of this summary, you’ll learn: