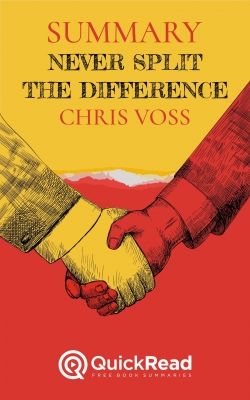 The how-to guide for learning the secrets of negotiation from the FBI’s lead negotiator, implement the techniques and learn how to always get what you want. After joining the FBI, Chris Voss suddenly found himself face-to-face with a variety of criminals, from bank robbers to terrorists, all making demands and threatening to take lives along the way. Reaching the peak of his profession, Chris became the FBI’s lead international kidnapping negotiator. Through Never Split the Difference, Chris takes you inside the world of high-stakes negotiations and lays out the techniques he and his colleagues used to get what they wanted and save the lives of hostages. Now, you can use Chris’s book as a guide to learn how to implement the key elements of negotiation and become more persuasive in your professional and personal life.
--:--
--:--
Download our free app:
Download the book summary:
Download MP3
Download PDF